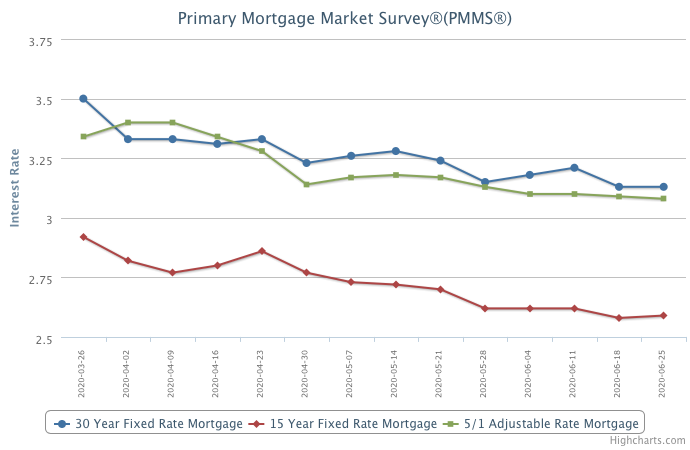 June 25, 2020
After the Great Recession, it took more than ten years for purchase demand to rebound to pre-recession levels, but in this crisis, it took less than ten weeks. The rebound in purchase demand partly reflects deferred sales as well as continued interest from prospective buyers looking to take advantage of the low mortgage rate environment. 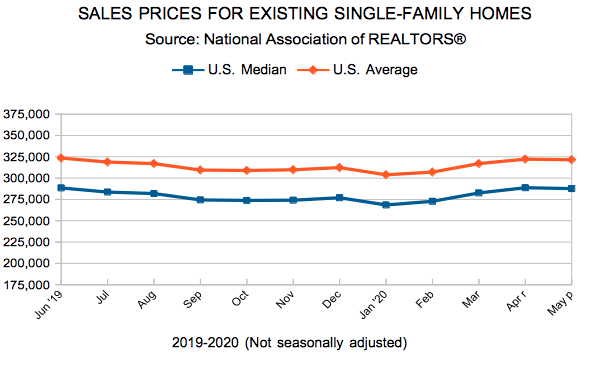 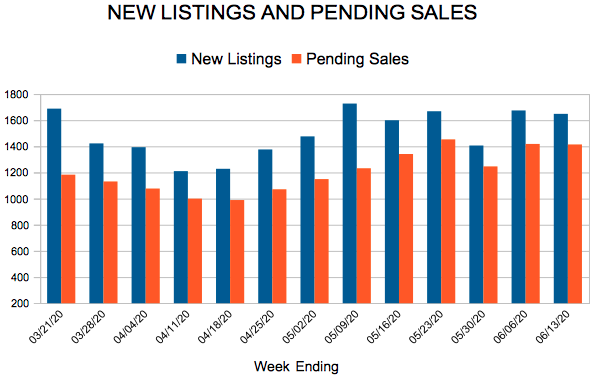 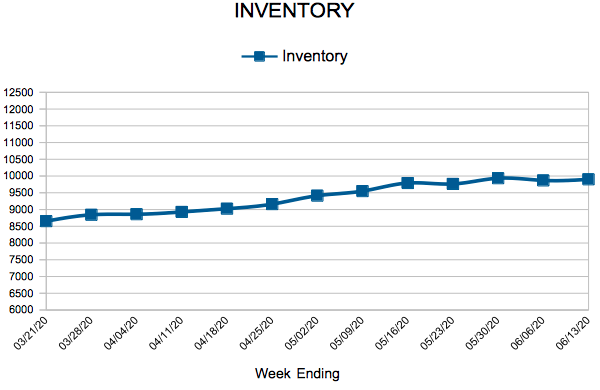 New unemployment insurance weekly claims declined again this week, coming in at a little over 1.5 million claims. This is down substantially from more than 6 million claims posted per week in late March and early April but still higher than pre-COVID- 19 levels. Nearly 21 million Americans remain unemployed, up from just 1.7 million a year ago. As businesses continue to reopen, new unemployment claims and total unemployed is expected to decline in the coming weeks.

In the Twin Cities region, for the week ending June 13:

For the month of May:

All comparisons are to 2019

(June 18, 2020) – According to new data from the Minneapolis Area REALTORS® and the Saint Paul Area Association of REALTORS®, market activity was down from last May but increased from this April.The number of residential showings has reached a new high for the year. The decline in pending sales was about half that of new listings, as buyers were motivated by record-low mortgage rates. Pending sales were down just 2.5 percent in the $350-500K price range but fell 34.8 percent on homes between $750K-1M. For new listings, the reverse was true with the biggest declines in the affordable price range of $150-190K and the smallest drop in new listings for homes over $1M. 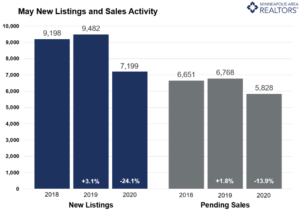 “Activity is moving through the system—fewer April contracts now means fewer closed sales in May,” said Linda Rogers, President of Minneapolis Area REALTORS®. “But smaller declines in May contracts combined with strong showing activity are reasons for cautious optimism.”Home prices rose to about $295K compared to last May, but it was the smallest percentage gain since January 2017. April was the first month on record where the median home price surpassed $300K. Homes also sold more quickly this May than last, as motivated buyers remained committed, but less serious buyers and “lookers” were not as active. The share of their list price that sellers received declined to 99.6 percent from 100.0 percent last May.

“We expected May to be a slight improvement from April and so far that is mostly true,” said Patrick Ruble, President of the St. Paul Area Association of REALTORS®. “Not only is showing activity displaying some strength, but the home buyers and sellers we work with are starting to feel more confident as well. Rates are at historic lows and should remain low throughout the year.” 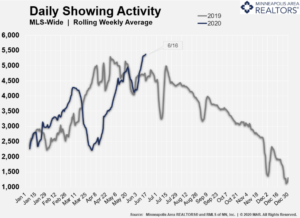 Showing activity rose by 11.0 percent from the most recent week compared to the week prior and has reached new highs. The economic toll impacted market segments differently. First-time buyers are more likely to be impacted by job losses in the leisure, hospitality or retail space, while those shopping in the luxury brackets may be impacted by turmoil in equity and energy markets. The middle-market ranges are outperforming, helped along by professionals who can work from home. Given the lack of supply—especially close to the core cities—and price points in the low $400s, the new home market is more stable than the existing resale market.

Mortgage rates on a 30-year fixed loan are around 3.25 percent—the lowest they have ever been. While recessions can pause market activity, they typically only have a minor impact on home prices. A persistently undersupplied market—particularly for affordable homes—may help prices stay afloat.

May 2020 by the numbers compared to a year ago

From The Skinny Blog. 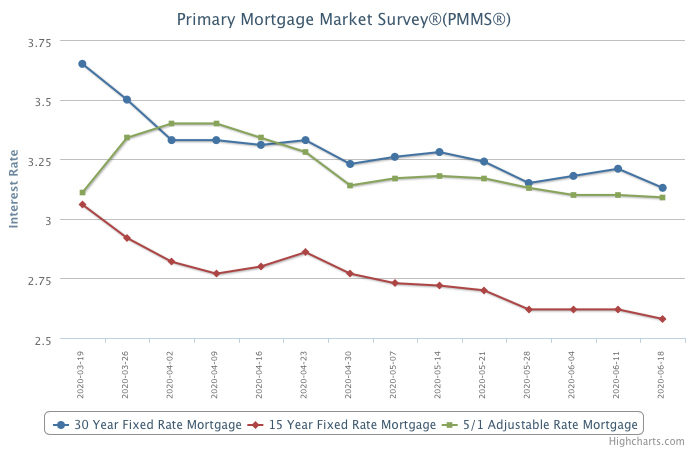 June 18, 2020
While the rebound in the economy is uneven, one segment that is exhibiting strength is the housing market. Purchase demand activity is up over twenty percent from a year ago, the highest since January 2009. Mortgage rates have hit another record low due to declining inflationary pressures, putting many homebuyers in the buying mood. However, it will be difficult to sustain the momentum in demand as unsold inventory was at near record lows coming into the pandemic and it has only dropped since then. 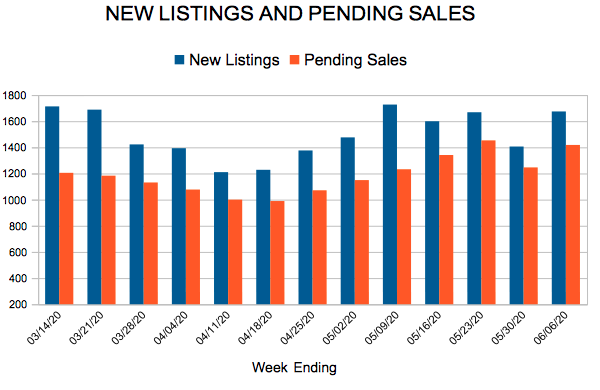 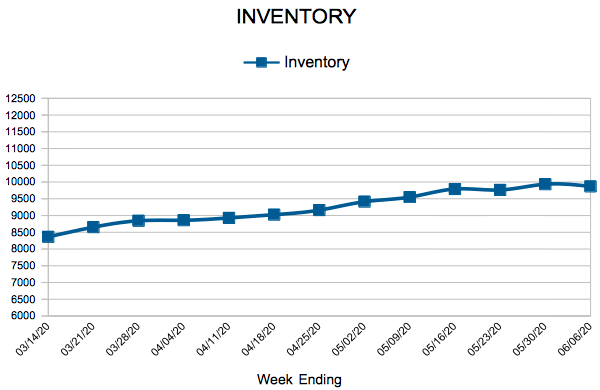 Greet me and meet me on social media. You can follow my new listings and changes in the marketplace on any of the following. Follow me.